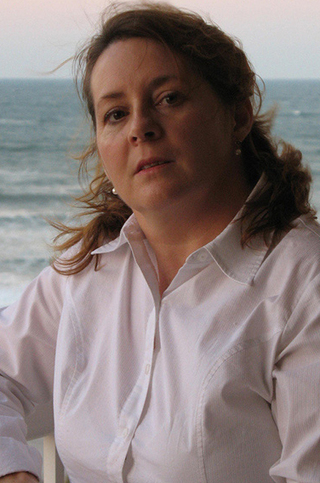 Barbara at the beach condo.

Barbara signed books most recently at the Books a Million in Viera FL, the Valkaria Air Fest in Malabar, FL and at a luncheon of the Grasshoppers in Malabar, FL.

Barbara's nonfiction "A Civilian's Guide to the U.S. Military" was released by Writers' Digest Books in December, 2006.

Excerpt from Closure: “So, what happened to me, you ask? I’m getting to that part. I’m taking a long time to tell you what is, in fact, a very short story. One day I came home and discovered shortly thereafter I was dead, and that’s about all I know.”

I'm Barbara Schading and I'm the author of a range of published (and in the works) writings! From non-fiction to fiction, short story to novel to children's stories, and even technical scientific journal articles, I've done most types of writings.

Barbara Schading completed her bachelor’s degree in Horticulture at Michigan State University, then went on to Cornell University for her master’s and doctorate degrees in Plant Pathology. She conducted part of her dissertation research at an international agricultural research center in Colombia and Peru, thanks in part to a fellowship from the Organization of American States.

Upon her return to the United States, she met her future husband, Richard Schading, and they later moved to south Texas where she worked as researcher for the USDA Agricultural Research Service. After several years, she and Dick moved to Washington State to work for a private firm, which later moved them to central Florida where they still reside. She currently works for the USDA-Animal Plant Health Inspection Service in Melbourne, Florida.

Barbara writes in a variety of media, from short stories to novels, from fiction to non fiction. She lives in Central Florida with her husband, three children and two cats.

Click on the "My Works" tab above and use the left panel to download beginning chapters of "Closure" "Disclosure" and "The Intentional Error" as well as excerpts from "A Civilian's Guide to the U.S Military."

A Civilian's Guide to the U.S. Military
"...An indispensible introduction to the world's greatest military." W.E.B. Griffin, best-selling author of The Corps and other military series.

Closure
An inexperienced journalist assumes the inquiries of a recently-deceased investigative reporter who specialized in unsolved murders, unaware the dead man is a ghost who must solve his own murder.
Disclosure
Fraud in the legal industry and canine guards send Carey on a terrifying chase to right several terrible wrongs.
The Intentional Error
Co-authors of a thriller series with their own secrets to hide must assume their character’s super-sleuth qualities to survive when they inadvertently purchase a rug specifying a 911-like attack in London.
Letters at the End
Dying woman writes letters to people who've influenced her life.
But I Digress
Wacky chick lit tale of beachlife insanity!

Naked Came the Flamingo
"Move over Travis McGee. The Flamingo has Landed."